A Whole Year Has Passed

I can't believe it has been a year since I posted anything on this blog.
We've said goodbye to many friends who are now in Heaven


We miss our good friends

Chet Ireland (I don't have a picture)﻿ 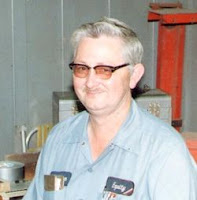 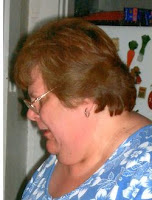 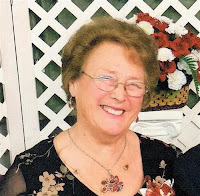 They are all residents of Heaven now.  We miss them very much, but don't wish them back.  They are enjoying being with their Lord and Savior who loved them and gave his life for them.

It just doesn't seem possible that they are gone.  I keep thinking of things I wanted to say to them or do with them.  We were going to ask Kae to accompany us to Polly's Pancakes and of course we would have invited Pam as well as Esther.  I drove by Kae and Eugene's house the other day and thought it looked so deserted and empty.  I drive by Ken and Esther's house nearly every day and it still has a trailer parked in back where they had been going through the stuff in the house so they'd be able take things to Florida.  It's lonely on this planet.  I do long so much for Heaven, but I have many friends and family here and the Lord still has much for me to do, so I'm here for as long as He wants me here and I'll try my best to do what He wants me to do.

All is well on the Millett Farm.  We did not raise pigs this year.  We have no ducks since a mink wiped them out last year, but the garden was wonderful and we have 25 new laying hens who have been laying all fall.  We butchered 15 meat birds this year, so the freezer is quite full.

My grandsons are growing up so quickly... it's hard to keep up with what is happening in their lives.  Norman, who is 5 now just started kindergarten.  I asked him what he liked most.  He said he like to go to the library, playing in the gym and the bus ride to school.  We went Christmas shopping for his Mom last Friday and he had a hard time thinking of something she would like, but he saw lots of toys.  I'll take Brandon shopping later probably.  It's a yearly tradition.  Brandon will be taking drivers education next semester in school and then he'll get his license and he and his mom have already been talking about getting him a car.  Yikes.  The good thing is that when he's driving, he'll be able to come over to church when he wants and has the time.  He'll also be able to come visit us when he wants.  I'm sure he'll then need to get a job on top of his homework and all, so he probably won't have a lot of time to just visit.

Our little dog, Spot, has cancer and it is progressing quite rapidly.  We hate to see her go, but we don't want her to suffer either, so when we think it has come to the point that she needs to go, we'll be taking her to be put down.  She has been a good pup and we will miss her.  We are already looking around for a new pup.  There are a few at the VT Dog Rescue we'd be interested in, but haven't heard back from them about our application. 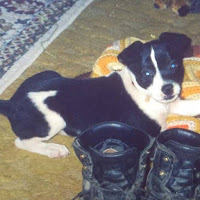 and then Spot today.  She's getting a little grey.  The scar is from her being run over by a truck back in 2010 or 2011.. I can't remember exactly.  We thought we were going to loose her then.  She was a trooper.

The puppies were are looking at look a lot like her, so I think they must be Rat Terriers for the most part.  Mr. D is wondering how it will be raising a pup in a camper.  Spot had boundless energy when she was young... actually she still has plenty of energy doing her little dance to let us know she's hungry or needs to go out.  It will be an adventure.

We're heading to Maine for Thanksgiving this year... 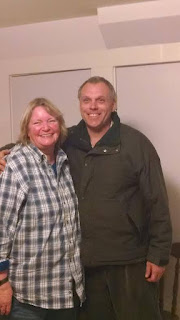 It will be good to get away for a couple of days and see family.  We thought maybe one of the girls would be going with us, but she is helping a friend plan for her wedding, so we'll be on our own.