The Lupine are blooming again on our hillside.  I wanted to take lots of pictures this year 'cause the dirt work being done here this summer may tear them up and they'll be gone.  I've tried for years to get these started in many places I've lived, but these all came about by sort of an accident.

I had a little box of wildflower seeds that I'd picked up from the Dollar Tree and they'd been around the house a couple years since I really didn't have the space to formally plant them.  One day I took the box outside to the top of the hill and just threw them to the breeze.  I really didn't have much expectation since I didn't think there were viable seeds anymore.  The next summer I had a variety of wildflowers blooming on the hillside.  Over the years the only ones to survive were the Lupine and Daisies.  They started small, but spread each year.  Mr. D likes to mow the hill and make it look better, so I let him do that once they have gone to seed.  I try to keep some of the weeds down a little during the early spring, but since he mows once a year, they really aren't bad.  There's a few dandelion that bloom early, colts foot and  paint brushes, but the Lupine are above them and beautiful. 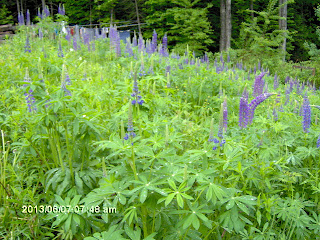 Thinking of the beauty of God's creation... it all points to the Creator, just as the Lupine spires point to the sky.  Although we love the beauty all around us and we do live in a beautiful part of the country,  it makes us love God all the more for giving us this to enjoy.
We would not want to begin worshipping the beauty we see since all nature declares the glory of God.  Think of those who have done this.  Where does it lead?

Romans 1:22-27
Professing themselves to be wise, they became fools, and changed the glory of the uncorruptible God into an image made like to corruptible man, and to birds, and fourfooted beasts, and creeping things. Wherefore God also gave them up to uncleanness through the lusts of their own hearts, to dishonour their own bodies between themselves: Who changed the truth of God into a lie, and worshipped and served the creature more than the Creator, who is blessed for ever. Amen.

For this cause God gave them up unto vile affections: for even their women did change the natural use into that which is against nature:  And likewise also the men, leaving the natural use of the woman, burned in their lust one toward another; men with men working that which is unseemly, and receiving in themselves that recompence of their error which was meet. 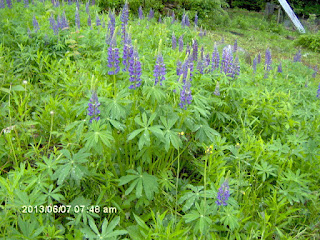 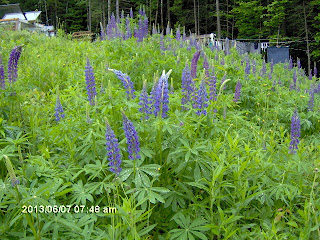 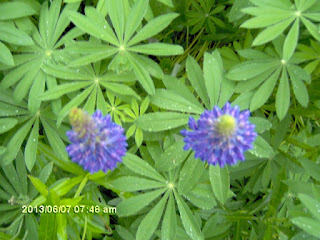 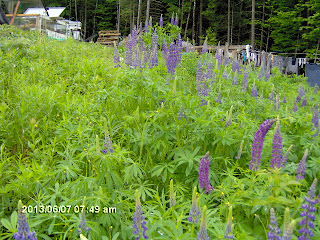 ﻿Help us Lord to give proper praise to you when we see your hand in nature.