Join Joyce at "From This Side of the Pond"  for HodgePodge Wednesday....

1. So, do you like beer?
NoNoNo!!!
After living with an alcoholic... no thanks!  Can't even stand the smell.
2. What's your least favorite repetitive task?
Shelling peas or shell beans... especially if there are several bushels to do.

3. When was the last time you rode in a bus? Where was it headed?
I used to ride the bus every day to work.  I'd say it's been about a year since I did that.  It leaves too early... I have to get up at 4:30am to get to the bus stop in time.
4. What song from your childhood or from your own children's childhood could make a parent's nerves stand on end?
I don't mind the Barney song... as long as my grandson doesn't ever see the show.  I guess we must have had some fun songs, 'cause I can't think of one right now that could make my daughter a little nervous.

5. The US Presidential election cycle is drawing to a close (can I get an AMEN??), and the third and final debate was held last night....what was the last thing you 'debated about'?
Hmmmm I try not to debate too often 'cause it comes across as being argumentative.  I think my husband and I had a "mini debate" after the final policital debate on Monday night.  We don't always see eye-to-eye politically.

6. Can a person make too much money? How much is too much?
As long as they are earning their money honestly and have integrity it's all good.  Remember the "love of money" is the root of all evil... not "having money".  It matters more what you do with whatever amount of money you earn and you remember who it is that gave you the ability to earn it.

7. Pop-soda-coke-something else...what's it called where you live?
soda bad stuff

8. Insert your own random thought here.
I have been trying to get some pictures onto my blog... unsuccessfully.
I can't believe the elections are in 2 weeks.  It's crazy how fast time goes. 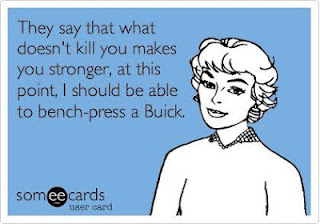 CHICKEN IN THE FREEZER

I took yesterday off work.  Hmmmm could have been snuggled in a comfy chair reading a book and sipping hot tea... could have been shopping with friends or spending time with my huggable/kissable grandson... but instead of all those things on one of my precious vacation days I am tromping through mud and guts getting chicken ready to put in the freezer.  I am not bitter.  I am not even unhappy about this... what kind of person have I become that I would probably rather do this than any of the above things except of course snuggling with that huggable baby boy.  Well, for one thing we put 214 1/2 lbs of meat into the freezer yesterday.  We haven't even started butchering the 20+/- ducks that still need to be done.  It makes my heart glad to get that job done.  We're about 1/2 way through harvesting/butchering season so I will probably have one more muddy/gutty day to go.

1. It's a brand new month...share one thing you're looking forward to in October.
I just don't like to think about winter, so October is the last month I get to enjoy a little of the garden... just picked another basket of paste tomatoes and a few green bean stragglers and some kale which is very yummy now after the 2 frosts we've had.  This will be the end though.  I don't expect we'll be able to go too much further without a deep frost and then it will be time to turn the garden over to the chickens who will lay waste to any remaining green parts.  Right now the leaves are all the beautiful shades of red, yellow, orange and maroon.  Even on the many rainy days of fall the sky seems sunny because of their warm colors.  I like that part of October.  This fall seems to be milder than most, so we haven't had to turn on the heat at all.  I do like fall, I just don't want to think about winter right now.

2. Is chivalry dead? Explain.   Many people today are quite "self absorbed" thinking only of what will make their life better with little regard to others.  I blame the way they were educated, and I don't expect their thoughts will change.  There are still many who have been taught to respect others by their parents and grandparents.  There are young people in the community where I live who will still open the door for a lady and who will offer to help without being prompted to do so.  I don't think chivalry is dead... it may be dying, but with good training I pray it will not.

3. On October 2, 1950 the Peanuts comic strip made its debut. Which character is your favorite? Which character is most like you? (Charlie Brown, Lucy, Linus, Schroeder, Snoopy, Woodstock, or Pig Pen)  I guess if I was going to identify with any of them it would be "Peppermint Patty" .  She was the "tomboy" of the bunch and was a little bossy, which I can be.  She also wore sandals which I do most of the year.... at least till it gets too cold.  Gotta love the Teva's

4. What's something you're competitive about?  I am not outwardly competitive, but inwardly it really irks me to lose.  On cold winter nights, Mr. D and I will play card games, especially the Monopoly card game, and I hate to lose, but I don't let on that I'm unhappy.  I wonder why I do that?  Hmmm not sure. 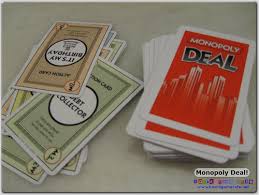 5. October is National Popcorn Popping Month...are you a fan? How do you like your popcorn?
I eat popcorn nearly every weekend and take the leftovers to work with me... evidenced by the popcorn under my desk.  I recently started making "kale chips" which are rivaling the popcorn right now.  They are addicting.  I make popcorn on the stove in my 2 qt sauce pan.  A little canola oil in the bottom of the pot and then some kernels.  Heat them on high shaking the pot till popping stops or pops are 5 seconds apart approx.  Put the popped corn into a large bowl and salt immediately.  That's it... no butter.  It's pretty good! 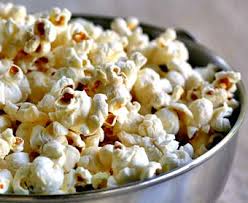 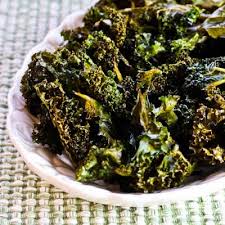 Kale chips are easy peasy too.  Rinse and take main rib out of the leaves.  Cut into 1" pieces or rip the leave... not too small.  Let them drip off extra water or put them in a salad spinner.  Lay onto a baking sheet sprinkle with olive oil and sea salt and bake at 350 for about 20 minutes or until crisp.  These can be a little messy to eat, but on the weekend who cares if I have a little kale chip stuck in my teeth.

6. When did you first realize the world is small?  I guess with the coming of the internet the world became a lot smaller to me.  I haven't traveled much, but I do get to write to my family members who live all over the world instantly with the internet.  I still know that the world is big though because I haven't visited face to face with my family in a long time.  We write and exchange pictures, but have not had the money or the time to travel to see them.  My daughter comes here a couple times/year to visit and grandson Brandon comes to spend the summer with us.  I'd like to get to see my brother and family in SC sometime.  When I was younger, I traveled all the time, but now not so much.
7. In terms of architecture, what's the most beautiful building you've seen up close and in person?  I think the most impressive building I've ever been to is the US Capitol in DC.  I love all the white marble and the sculpture, the paintings, the history.  I like all that stuff.  Now you need to have special clearance to even go up the steps of the capitol, but when I was younger you could go in and tour with a group anytime you visited our nation's capital.